Retro gaming has been slowly coming back into style over the years, but I don’t think there’s anyone that has pushed the idea of modernising retro games like Design of Things have. They’re a company based in Milan, Italy and are working on a very cool idea.

It’s a plug n play console that allow you to play the classics like Pac-Man, Space Invaders, Dig Dug, Galaxian and many more.

Check out the introductory video and let me know what you think.

Honestly, it looks neat. If you’ve ever wanted a modern version of a plug n play, this is it. Unfortunately they didn’t reach their Kickstarter goal, but they’ll be launching another one sometime in 2018.

No more flimsy material that can easily break! Hitbit is actually made out of wood by Alpi so it’ll blend in with most modern homes. You can also request a custom Hitbit so you can choose what wood it’s made from, but I don’t know at what point in future that’ll be.

The design is slick and on point. It looks great, right? If you’re totally sold at this point, slow down and let’s take a more in-depth look at it. 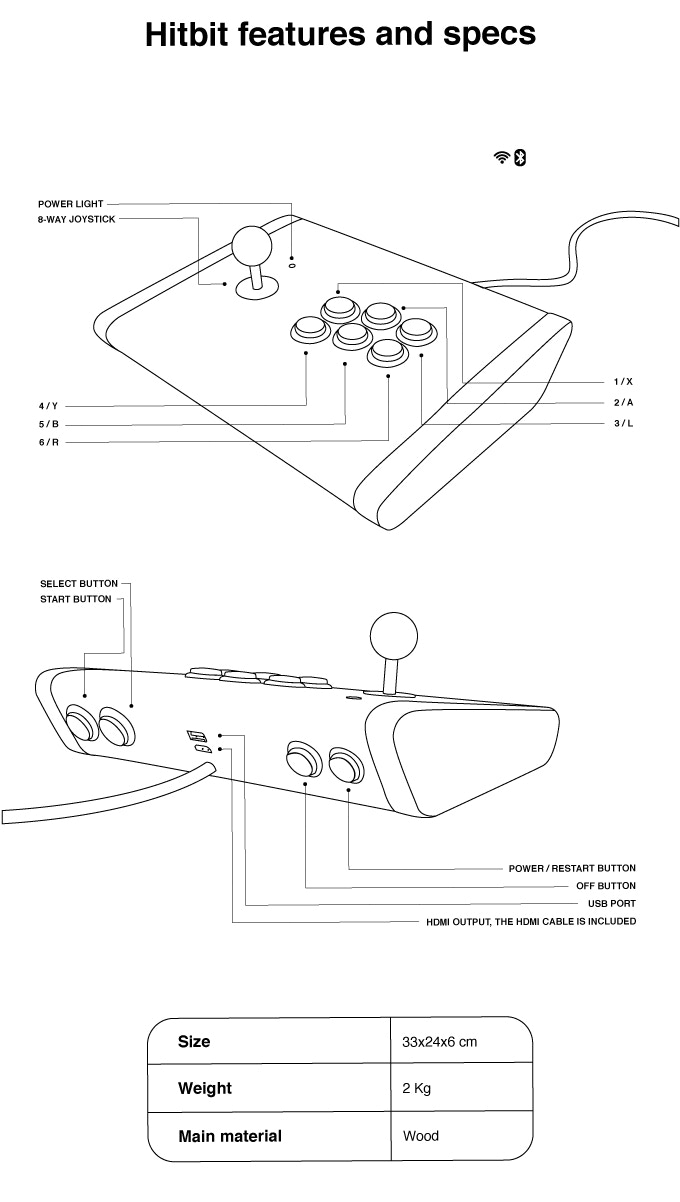 From what we know about the features and specs, it sounds like a solid machine. No Scart leads, AV, VGA or Composite cables. Just a HDMI and you’re ready.

Not quite. Hitbit doesn’t ship with any games. So you’ll have to plug a USB or connect it over Wi-fi to play games. Sure you just need to download the games in ROM format and stick it onto a USB, but with the machine not shipping with any games, it could potentially be a deal-breaker for some people. When you know the price of a Hitbit, it’s very likely you have a USB or two lying around.

The issue some people may have is more of the fact that you need an external piece of equipment to play any games on it. To me it’s not such a big deal, what do you think? Should the Hitbit include a small (we’re talking 5 or so) library of games with it or is it fine as is?

But How Much will it Cost?

Sure it’s a designer arcade console, but I certainly don’t think it should have a €599 price tag. Is it just me? What do you think of the price tag? I actually love the machine and I would have an easier time thinking about backing it in their next Kickstarter if the price wasn’t so high.

I’d really love to know your thoughts on the Hitbit. Let’s ‘hit’ up (pun intended) a discussion in the comments!

2 thoughts on “What Happens When You Modernise Retro Gaming?”